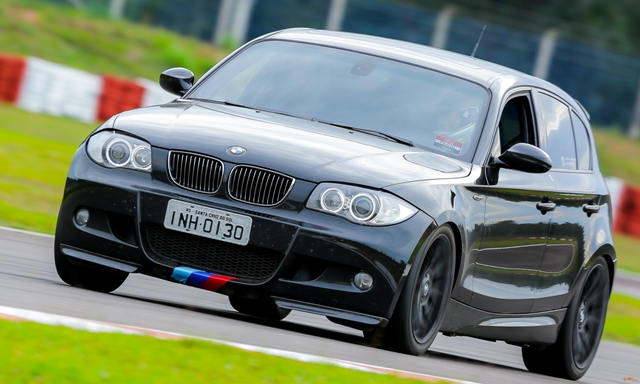 BMW’s 1 Series is the hatchback that dares to be different and the BMW 130i M Sport is the hot hatch for enthusiasts. Like the other BMW 130s, it defies the rules that say you must have front-wheel drive to reduce cost and weight while leaving plenty of room for passengers.

The car is certainly not the roomiest of hatches, but the BMW 130i M Sport surprised the pundits. Instead of relying on a hot 2.0 liter four, BMW overstepped the mark by using the 3.0 liter 265 bhp engine from its larger models. With a 0-60 time of 6.0 seconds, and a top speed limited to 155 mph, it is definitely a very sporty hot hatch.

BMW does not make ordinary engines, of course, but this one goes further in the aim for perfection. To reduce weight, the block has two parts one in aluminum and the other in magnesium, fused together in the casting process. As a result, the engine is very light. The engine also has variable valve timing, and also completely variable valve lift from almost nothing to full lift.

So the heart of this compact hatchback, just 166 inches (4.22 m)long, is this incredible machine It is not easy to put an in-line six in a small hatch, so some of the engine does stick out well forward of the front axle. You can see this in the picture the green circle is on the suspension tower.

When you sit in the car you are conscious that the hood seems longer than normal for a car of this size, but that is partly because it runs straight forward, like a 1950s hood, rather than sloping down. But the front overhang is much less than with a front-driver, and front:rear weight distribution is near 50:50 instead of 60:40 you get with front drive.

The view forward is good, and you can low in the car. The interior is the same as the bigger BMs with an aluminum panel running across below the black fascia, and the big I-Drive panel sticking out in the middle. The aluminum trim looks rather undistinguished, but the interior is pleasant, and the instruments are excellent.

The seat also had electric adjustment, and that was easy enough to get right. BMW doesn’t have ignition keys any more, but a plastic electronic block which you slide into a hole to activate things. Then, you press a button to start engine, which springs to life with a pleasant thrum. Engage first, and note that the shift is quite stiff, and off we go. You can’t fail to notice the smoothness of the engine and its exhaust note straight away; it is so different from any other hot hatch.

I turned out onto the road, and then joined the traffic, noting that the steering was fairly light around the straight ahead position, an impression that did not last. Another first impression was that the smoothness of the engine fooled me into thinking that it was not accelerating the car as quickly as the figures suggest.

It is a fairly quiet engine most of the time, but this smoothness, and the fact that there are more firing strokes per revolution just give the engine amazingly smooth power from about 2,000 rpm. It runs smoothly from almost any speed, but you need to get the power up to 3,000 rpm to get it singing. Gearing is set to give 35, 60, 90 and 120 mph in the lower ratios, so you do most overtaking in third, but second is also used quite a bit.

It goes without saying that the BMW 130i M Sport cruises quietly and effortlessly. It also tracks well on motorways and goes extremely well over bumpy country roads no trace of mismatch in the suspension and steering geometry, it goes exactly where steered.

When I found some winding country roads, the first impression was that the acceleration in third gear was much quicker than I had thought - making this a real hot hatch. Once you get up to about 3,000-3,500 rpm, the engine comes on song, not noisily but with a muffled roar up to the red line of 7,000 rpm. Peak power of 265 bhp is delivered at 6,600 rpm, so 6,500 is a good shift point, bit if you‘re hurrying you will find yourself zipping up to 7,000 in no time.

I tested the car over some new routes, which included a large number of roads that wind through valleys with an almost continuous string of curves, left, right, left and so on. The first striking thing about the car was how quickly it turned in, exactly as steered, without any hesitation, despite the large engine. Then, I was continually surprised at how the car carried the speed through the curves so well, even on strange roads, without any noticeable roll. The BMW 130i M Sport can do this because it has plenty of power, and the front wheels are not scrubbing the speed off.

All the time, the steering was telling me what was happening. On the straight, it didn’t care whether the road was smooth or rough, it just went straight ahead. When pressed into corners on poorer surfaces, there was the occasional skip from crag to crag, as the suspension was just too hard to follow the ripples in the surface. Also, the car did become just airborne over one sharp crest.

The large brakes are also excellent. They are not just powerful but have good feel whether you are check braking or pressing hard.

After a long day’s drive I was mighty impressed with the way in which the car maintained its neutral stance, when cornering continuously at speed. There is a tendency for a little under steer to show up as you accelerate through fast curves, but you need to press hard to get the front end to drift out and you can drive extremely fast from A to B without doing that.

With a tendency to over steer

On slow corners, the car either goes round as if on rails, on when pressed hard the tail comes out a little, particularly on wet roads. Correction is simple, and thanks to the stability control, which seems to work well, you need make small corrections only.

The days when I drove the roads were wet and dry and frosty early in the morning. Some of those in the country areas were a bit muddy, which the Goodyears did not like at all in fact, they don’t seem to like roads with a very thin film of moisture on, either.

So is this the definitive hot hatch, the supreme champion? It certainly behaves differently from the others, because of that rear-drive and super-smooth engine, and has a lot to recommend it.

The smoothness of the engine is so good that the car feels much stiffer and lacking in vibration than a front-driver. The smoothness and rear-drive go together in refinement. First, six-cylinder engines are in perfect balance so the engine mounts do not have to do much work in eliminating vibrations. Secondly, the engine and gearbox are supported on mounts much further apart that with a front-drive car, and the rear axle has its own mounts. This means it is much easier to get rid of vibrations than with an unbalanced four trying to twist itself off closely spaced mountings with a long lever in the form of the axle gears. The feel is completely different it needs to be experienced to be believed.

On the debit side, the 130i M Sport is not as spacious as its competitors. Also, the gearshift is notch and heavy compared with some. Nor it is an attractive looking car. 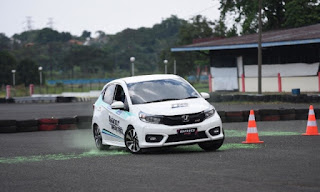 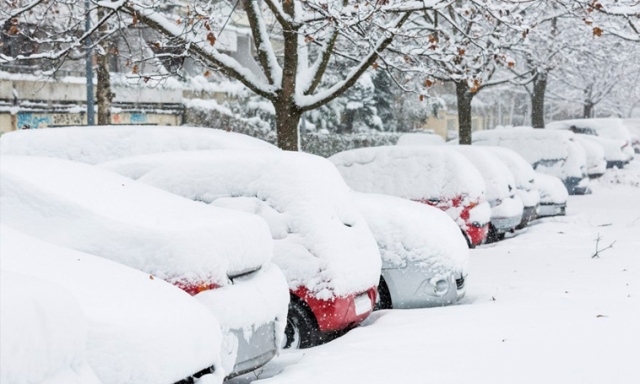